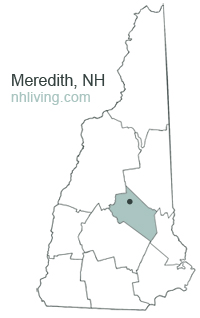 Meredith, New Hampshire was first known as Palmer’s Town, in honor of Samuel Palmer, a teacher of surveying and navigation, who had laid out much of the land surrounding Lake Winnipesaukee. Meredith, NH was one of the first towns to have a charter granted by the Masonian Proprietors, many new settlers were from Salem, Massachusetts, and the town was renamed New Salem. In 1768, the land was regranted and named after Sir William Meredith, who opposed taxation on the colonies.

Today, Meredith and the entire Lakes Region is a popular visitor destination. There is a nice selection of local inns, resorts, and restaurants with views of Meredith Bay and Lake Winnipesaukee. The famous Hart’s Turkey Farm is located in Meredith. The restaurant is open year round. Mill Falls Marketplace is one of several popular attractions. The Meredith Docks extend into Meredith Bay and offer an amazing lake view. Meredith NH inns and resorts include Tuckernuck Inn, The Nutmeg Inn, Inn at Mill Falls, and others. 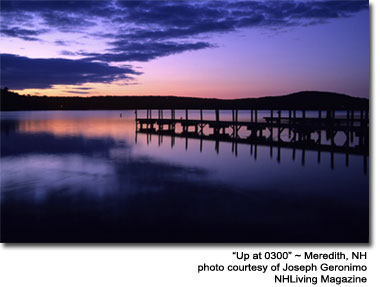