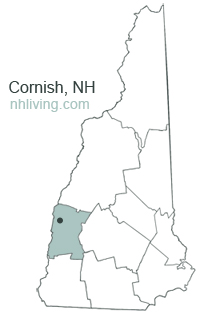 Welcome to scenic Cornish, New Hampshire. Established in 1763, the town was once known as Mast Camp, because it was the shipping point for the tall masts floated down the river by the English. It was named for Sir Samuel Cornish, a distinguished admiral of the Royal Navy. Cornish is now a well-known summer resort for artists and writers, including resident Augustus Saint-Gaudens.

Cornish is the site of the longest wooden covered bridge in the United States and the longest two span covered bridge in the world. The Cornish-Windsor Bridge, which spans the Connecticut River, was built in 1866 at an original cost of $9,000. The Saint Gaudens National Historic Site is located in Cornish. Villages and local places include; Cornish Flat, Cornish Mill, Ballock, Cornish Center, Cornish City, South Cornish, and Squag City. Cornish is bordered by; Claremont to the south, Plainfield to the north, and Croydon to the east. The Connecticut River borders Cornish to the west.

To share any Cornish, NH information with us, please contact us. Learn more about advertising in NHLiving. 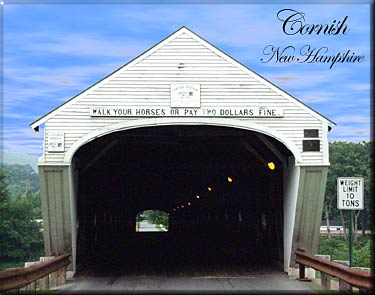 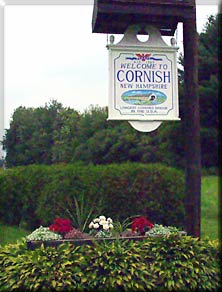